The Sèvres Cabinets: A Window to the World - Collections at Government House 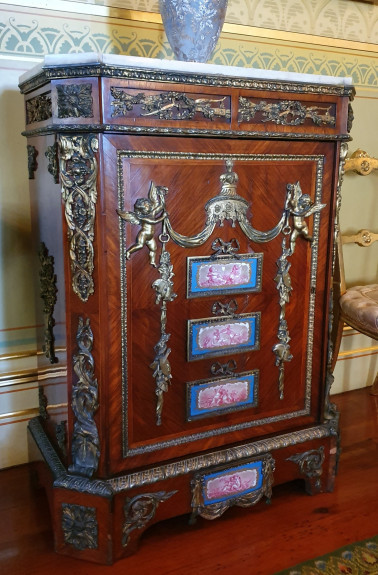 A pair of French “chiffonier” cabinets known as ‘the Sèvres Cabinets’, located in the Drawing Room, span a history from 18th century France to the 19th colony of New South Wales and tell a story of love, war, kings, revolution and riches.

The two Sèvres cabinets, made at the Sèvres Manufactory in France circa 1860, feature a mixture of rosewood with tulipwood, and distinctive Sèvres porcelain plaques that depict cupids engaging in the arts of love and war, topped with marble. 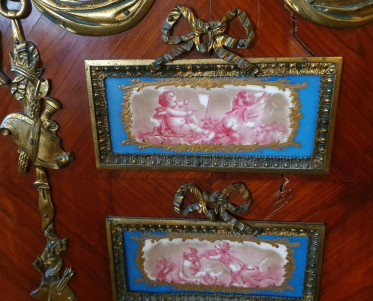 The Sèvres cabinets are Louis XVI revival style and were produced in France at the time of the Second Empire (1852-1870). The revival of the style of the last French monarch, Louis XVI (1774-1792), saw the return of design characterised by elegance and neoclassicism. The last queen of France, Marie-Antoinette, had a passion for the arts and influenced the development of smaller salons and intimate spaces in all properties of the crown.

With the revival of the Louis XVI style, the Sèvres factory near Paris experienced a huge surge in popularity among the wealthy and production not seen since the French Revolution.

Highly prized by King George IV (1820–1830), and against the backdrop of a free trade agreement between England and France and the innovations in steamship travel which reduced the time and cost of importing furniture from Europe, Sèvres furniture and porcelain became highly valued abroad.

In the 1850s, the colony of New South Wales experienced an economic boost due to the discovery of gold. Approval from Britain for renovations and furnishing of Government House were therefore readily granted to Governors Sir William Thomas Denison (1855-1861) and Sir John Young (1861-1867).

The Drawing Room Sèvres cabinets were purchased from France by Governor Sir John Young and eventually arrived in Sydney in 1862. Louis XVI revival furniture, with its combination of elegance and monarchical grandeur, had become the furniture of choice for the House of the Monarch’s representative in New South Wales. 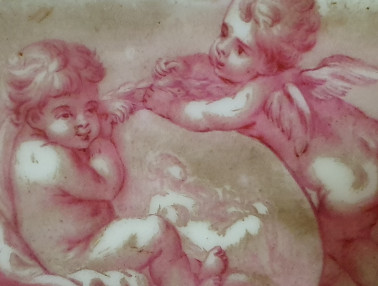 The initial Sèvres porcelain factory was founded in the Parisian suburb of Vincennes in 1740. Under the influence of Madam de Pompadour, mistress of Louis XV and one of the most celebrated patrons of the arts, in 1750, the factory was moved to Sèvres, also in Paris, near her château de Bellevue.

By 1760, the Sèvres porcelain factory had attracted the support of King Louis XV and enjoyed the status of ‘Manufacture royale’. Sèvres competed with and finally replaced Meissen as the standard setter for porcelain manufacture in Europe.

The practice of inserting hand painted porcelain plaques from the Sèvres factory into furniture panels became popular in France from this time up until the French Revolution, when demand declined.

One of the reasons for the high quality of Sèvres porcelain was the discovery, in 1768, of a deposit of the mineral kaolin (a fine solid white clay) near the French town of Limoges.

Painted scenes, or cartouches, feature on Sèvres vases and dinner services and frequently consist of court scenes, landscapes, cupids and depictions of mythology. 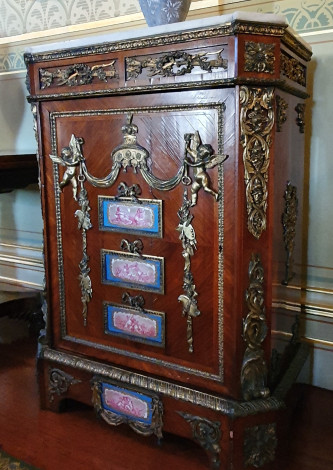