While bathing in the harbour was practised for millennia by First Nations people, one of the first bathing houses in the colony was constructed by order of Governor Ralph Darling, 7th Governor of New South Wales from 1825-1831, on the foreshore of Farm Cove.

In 1810, Governor Macquarie had banned the "very indecent and improper custom … of soldiers, sailors and inhabitants of the town bathing themselves at all hours of the day at the Government Wharf and also in the dock-yard,”[1] yet the first summer of Governor Darling’s term in the colony was enough to convince him of the need for a private bathing house. It was constructed at a time when the area known as the Fig Tree had become a popular bathing area on the secluded western shore of Woolloomooloo Bay.[2] 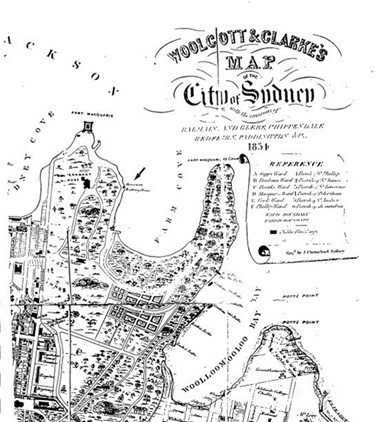 Map with site of Governor’s Bath House (indicated by arrow), 1854

Some distance from the First Government House (the construction of the present Government House was not complete until 1845), now the site of the Museum of Sydney on Bridge Street, but still part of the Governor’s Domain, the Governor’s Bathing House was constructed in the Gothic style with a small castellated turret and tower to match the Stables (now the Conservatorium of Music) and Fort Macquarie on Bennelong Point. 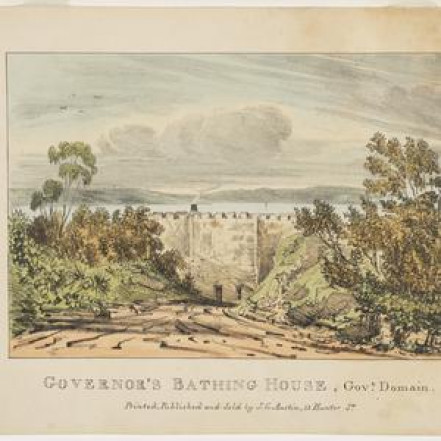 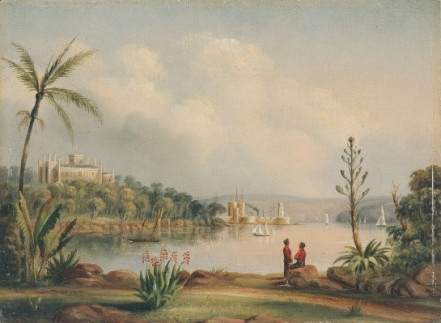 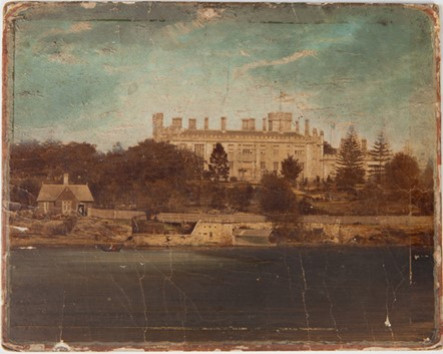 It is possible that Governor Darling’s spouse, Eliza - whose architectural abilities were known and who had submitted plans for the new Government House in a competition - designed the Governor’s Bathing House, possibly with help from her brother William Dumaresq, the Civil Engineer.

The Bathing House was constructed entirely of sandstone blocks found on site. It had three very small dressing rooms, a room for a watchman, and a privy. A later addition included a timber boathouse to house the Governor’s barge. The Bathing House is believed to have been regularly used in summer seasons by successive Governors’ families as sea bathing became popularised by Queen Victoria. Over several seasons, oysters were removed from the rocks inside the perimeter.

Following the move of the new Government House to its present site, a sea wall around the edge of Farm Cove was constructed and extended from the late 1860s, effectively landlocking the Governor’s Bathing Pool.

The boathouse was demolished and an enclosing curved sandstone wall for privacy was erected. Small channels provided a flow of seawater into the pool. In time, with less fresh water in the pool, it fell into disuse, possibly because the water became stagnant. In 1915, the grounds of Government House were reduced in size and the Bathing House became part of the Botanic Gardens, later to be demolished in 1924. 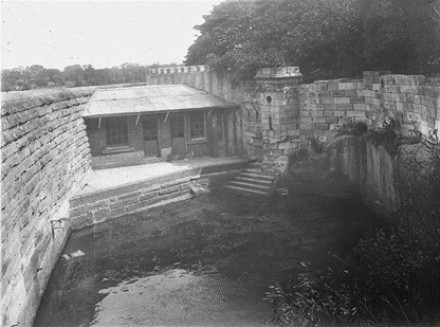 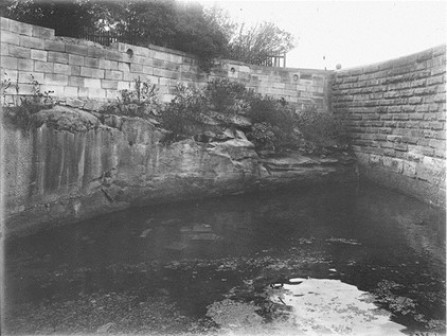 Glimpses remain of this fascinating period of Sydney’s history.

Bricks from the baths and sea walls were used to build a fernery in the Botanic Gardens which you can visit yourself today!