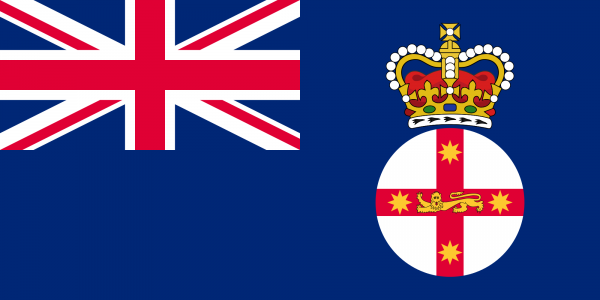 The current Personal Standard for the Governor of New South Wales was adopted on 15 January 1981. It features a blue background with the Union Flag of Great Britain and Northern Ireland in the upper left corner. On the right side is the State Badge of New South Wales comprised of a golden lion passant guardant with four eight-pointed golden stars within the cross of St. George, on a silver disc (reproduced as white), above this is the St Edward's Crown.