In August 2019, Government House received a request from Mr Andrew Gaynor, an independent researcher, to locate the place at Government House Sydney where Roi de Mestre (aka Roy de Maistre) may have painted the following scene (see below). 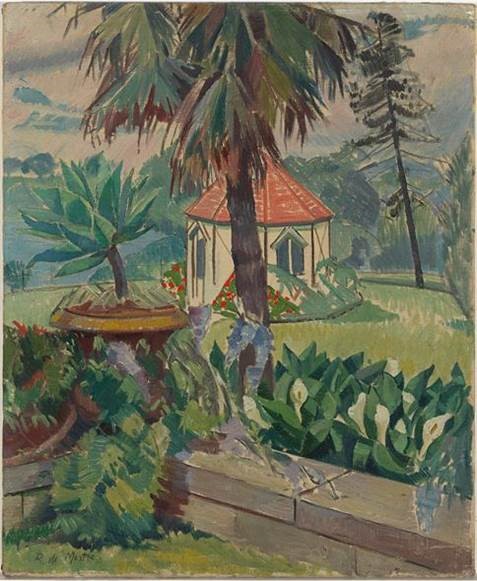 Provisionally dated c.1930, this painting is likely informed by the artist’s friendship with the 25th Governor of New South Wales, Sir Dudley de Chair (1924 – 1930), and his wife, Lady Enid, who later commissioned from him a set of mural-style paintings for their London residence. (Roy de Maistre was also friends with the previous Governor, Sir Walter Davidson, 1917-1923, and his wife, Dame Margaret.)

A modern photograph of the Eastern Terrace of Government House Sydney (below) shows the sandstone wall and stone urns still in place where de Maistre would have viewed them.

However, the small structure in the background of the painting has not survived to the present day.  This photograph (below) from 1916 reveals what the structure looked like at the time the de Chairs and de Maistre were at the House. 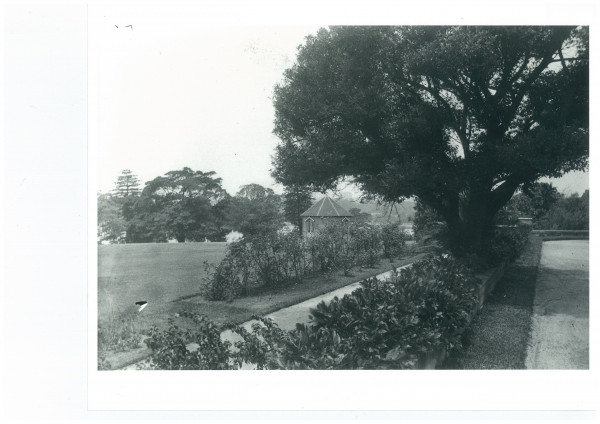 The artist painted a formal portrait, His Excellency The Governor of NSW, the Right Honorable Admiral, Sir Dudley de Chair, KCB, MVO, that hangs in the Main Hall at Government House. This painting was an entry in the 1929 Archibald Prize. 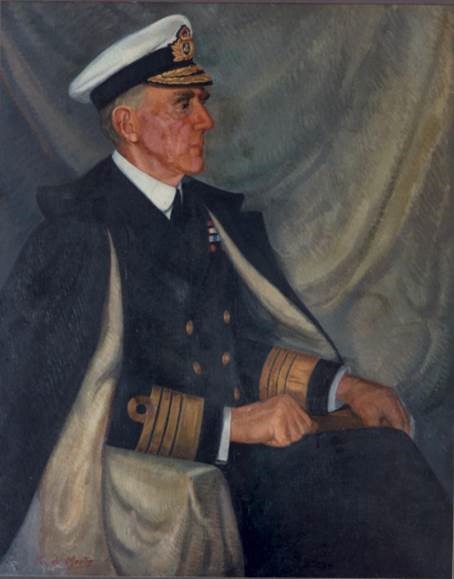 The below images of Roy de Maistre paintings of Government House clearly show the influence of European artistic styles. 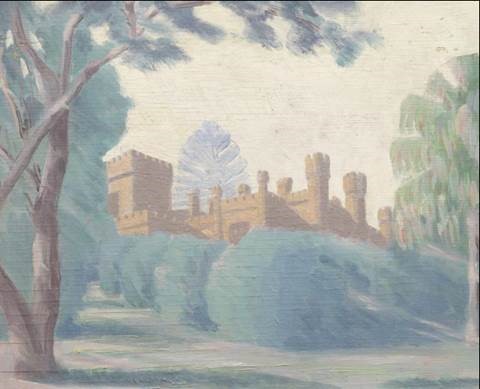 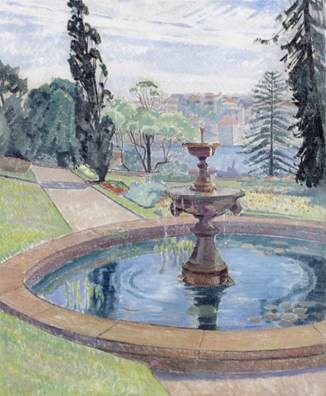 Below is an early de Maistre, c.1918, in the Collection of the Art Gallery of NSW.  Although titled ‘Botanical Gardens, Sydney’, we get the feeling that the silhouette in the distance just could be Government House Sydney … 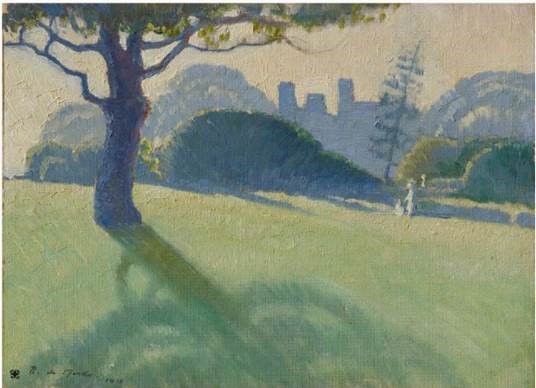 One of the pioneers of modern Australian painting, Roy de Maistre remains best known for his early collaborative experiments with Roland Wakelin around 1918-1919 in Sydney, which explored colour, music and abstract form.

Studying initially at the Sydney Conservatorium of Music, de Maistre enrolled in classes with Antonio Datillo-Rubbo at the Royal Art Society where he produced works influenced by reproductions of European post-Impressionists brought back from Europe by his teacher, and by his fellow student Norah Simpson. These included Vincent Van Gogh, Paul Gauguin and Paul Cézanne. Following brief service in the Australian Army during the First World War, de Maistre was inspired by colour-therapy treatment given to shell-shocked soldiers, which led him to crystallise his theory of colour harmonisation based on analogies between colours of the spectrum and notes of the musical scale.

Unable to make a living from his art in Australia, de Maistre emigrated to London in March 1930, where he continued to develop his work along modernist lines, producing cubist-inspired subjects of increasing complexity, while retaining an interest in colour theories. He never returned to Australia.

Whilst in London, de Maistre painted six canvases including ‘Moon Gate Garden’, c.1930-32 as a commission of mural panels for the apartment of Lady and Sir Dudley de Chair. During her years in Australia, Lady de Chair had become a supporter of a number of modernist artists in Sydney and was an informal patron of de Maistre, whom she came to know because the official NSW Governors’ summer house was close to his family’s home in Moss Vale, south of Sydney.