“Poets talk about ‘the wings of the wind’,” exclaimed Dame Nellie Melba as she looked from the windows of Government House across the tempest-beaten trees, “but all the good they were to us was to keep us back 36 hours whilst the Niagara steamed in the teeth of a westerly gale.”

The diva laughed merrily and acknowledged that she felt stronger than when she sailed away in January 1919, and that the dangerous attack of Spanish influenza at Monte Carlo had left no weakness behind it.

“Last May I gave a farewell concert at the Royal Albert Hall, at which the King and Queen and an audience variously estimated at 8000 and 10,000 were present … The Prince of Wales sent me his souvenir book with ‘bon voyage,’ and signed ‘E. P.,’ and I may add that I am convinced that his pleasure in his Australian visit is very real.”[1]

This interview, at Government House in August 1921, refers to the connection Opera Singer Dame Nellie Melba had made with the Prince of Wales during Melba’s farewell concert at the Royal Albert Hall in London, prior to returning home to Australia. The previous year, 1920, the Prince of Wales had visited Australia on behalf of his father King George V to thank the Australian people for the sacrifices and contributions made during the First World War. 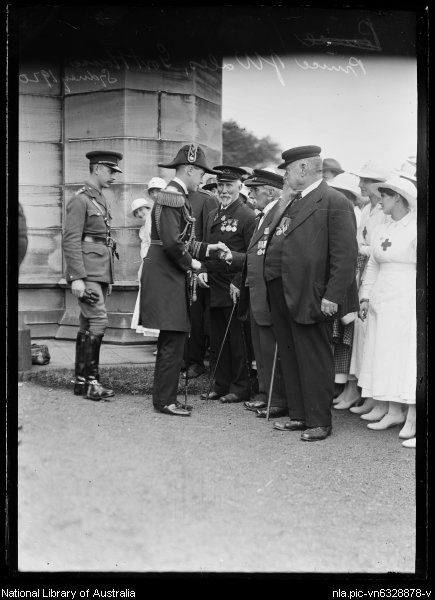 The Prince of Wales at Government House Sydney, 1920 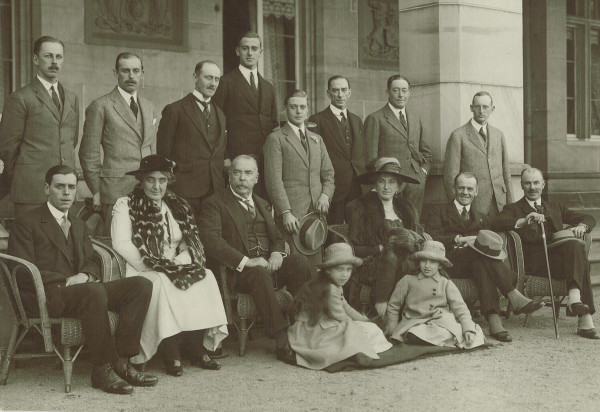 Dame Nellie Melba was recognised as one of the world’s greatest sopranos.

Her career spanned the late 19th and early 20th century, and saw performances at Covent Garden, the Paris Opera, before the Czar in Petrograd (now St Petersburg), at La Scala in Italy, the World's Fair Opera House, Chicago and the Metropolitan Opera House, New York. On the cabled request of King George V, she sang at the peace celebrations of 1919.

Her time in Sydney while recovering from the Spanish influenza during 1921-22 saw her stay at Government House as a guest of Governor and Lady Davidson in August and November 1921.

In 1922, she held a series of low-cost concerts at Sydney Town Hall in which she declared: “I have never enjoyed singing as much in my whole career as I have at these ‘Concerts for the People’. 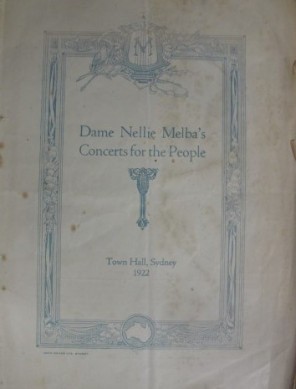 Having once said: “I am not very happy unless I am singing to you”, Dame Nellie Melba’s last public appearance in Sydney was with her own company, when she sang on August 7, 1928, in the role of Mimi in the second and third acts of La Boheme, and as Desdemona in a scene from Othello, which included the Willow Song and the Ave Maria.

Following a stellar opera career of more than 40 years, Dame Nellie Melba fell ill and died at St. Vincent's Private Hospital, Sydney in 1931. In her last weeks, she had received many messages of support from around the world, including from the King and Governor and Lady Game. It is believed that in her final moments she sang to one of her nurses from Gounod’s Ave Maria.

Government House Sydney’s Melba Suite was dedicated in honour of one of Australia’s greatest performing artists, who was a guest of successive Governors from 1921 until her death in 1931: Governors Lady Davidson, de Chair and Game.