The Meissen Collection: A Window to the World - Collections at Government House 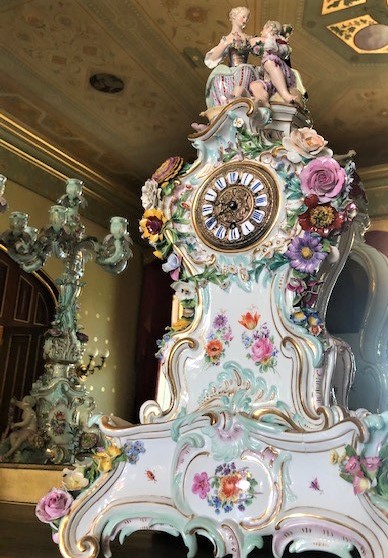 The Meissen collection at Government House is the product of an ancient and beautifully intricate art form, regarded as the first true European porcelain, created at the Meissen factory which was founded near Dresden in 1710.

In the 17th century, Chinese porcelain had become one of the highest prized commodities in the world adorning the palaces and dining tables of the European aristocracy.

The highest grade of all ceramics - hence its name ‘white gold’ - porcelain was extremely difficult to produce. Fired between 1200-1400 degrees Celsius, the clay was vitrified, pliable and worked thinly to create intricate and highly decorative objects.

Likely to have been brought to Government House by Governor and Lady Carrington amongst their 140 tons of luggage in the late 1880s, the Government House Meissen collection dates from the 18th and 19th centuries.

A Meissen clock, candelabra and urn are on display in the Drawing Room. 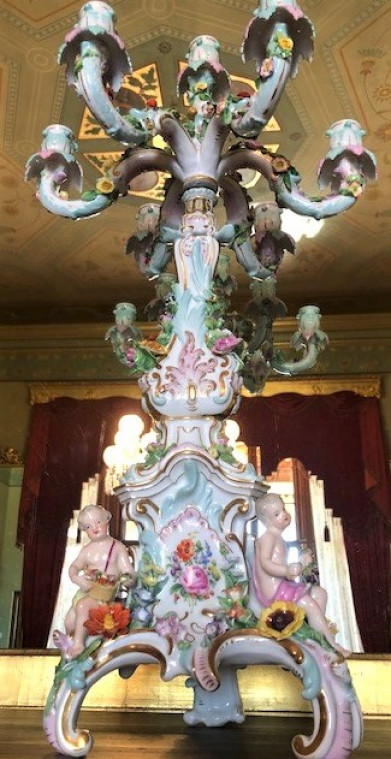 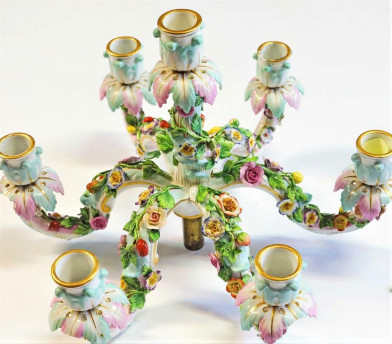 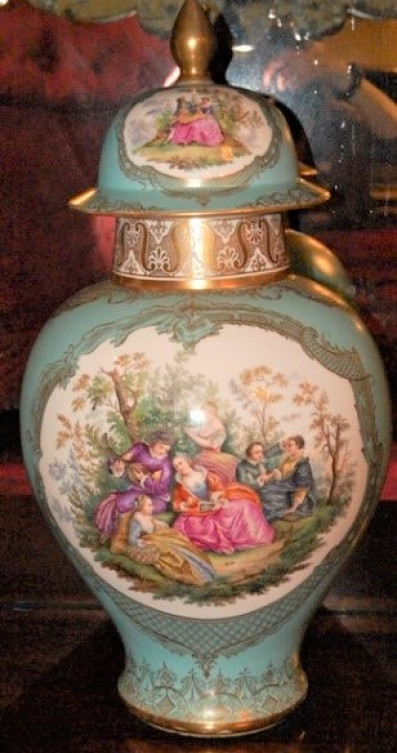 The Government House Rococo Revival dessert service is extremely rare and may even be unique. It features some fascinating characteristics.

Firstly, the colour was powder-ground pink. Although Meissen was creating porcelain pieces in pink by the 1730s, by 1740, rival porcelain producer, Sèvres, became known for its signature ‘Rose de Pompadour’ colour, created for patron Madame de Pompadour, mistress to the French King.

So, who was imitating whom when the Government House set was being created? 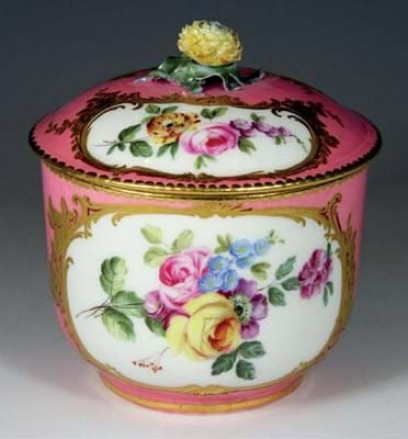 Secondly, the hand painted romantic scenes depicted lovers in landscapes by which every single one is unique. An extraordinary feat as hundreds of individual scenes were hand painted! 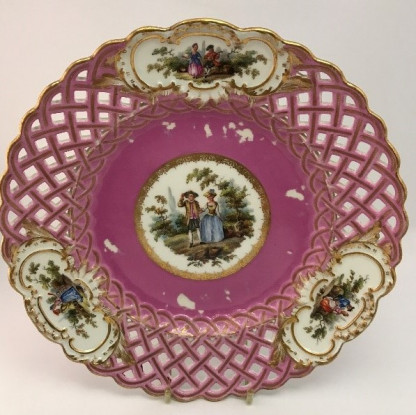 Originating in ancient China, porcelain - sometimes called ‘china’ - was discovered approximately 2000 years ago, when it was found that exceptionally hard earthen material remained in fireplaces long after the fire was put out. Mixing and firing local types of earth, the Chinese began to create simple jugs and bowls. Through experimentation, porcelain became whiter and whiter and highly prized. As its manufacture was a monopoly of the emperor, European travellers and merchants couldn’t reveal the secret of the ‘white gold’.

The popularity of porcelain spread through East Asia to Europe and competition between the aristocracy to imitate this rare and coveted Chinoiserie quickly grew, becoming the ultimate show of wealth.

Meissen – The first in Europe

At the turn of the 18th century Augustus the Strong, Elector of Saxony, was struck with porcelain fever - ‘la maladie de porcelaine’ - amassing a collection of over 24,000 pieces of Chinese and Japanese porcelain.  Increasingly expensive to import, his focus soon turned to creating it. In 1702, he imprisoned alchemist Johann Friedrich Böttger and ordered him, firstly, to create gold from base metals. Gold was not discovered but the secret to making porcelain was, as the result of a collaboration with scientist, Ehrenfried Walther von Tschirnhaus. By 1710, the Royal Saxon Porcelain factory, the first in Europe, was established at Meissen palace, north east of Dresden, each piece produced with its trademark blue crossed swords. 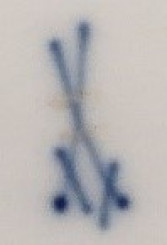