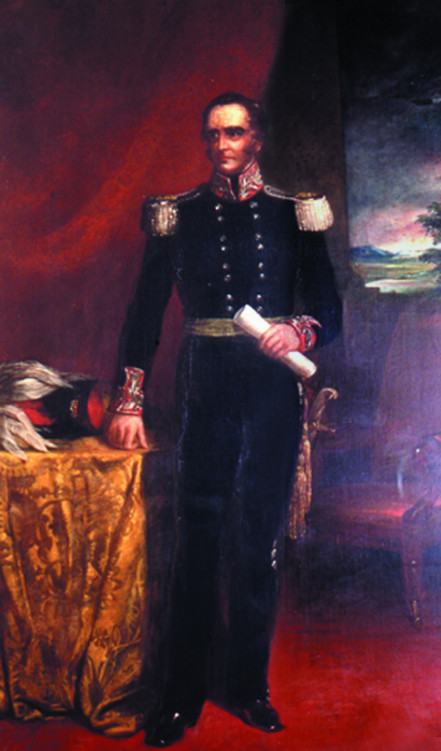 Governor George Gipps, like all Governors before him, had enjoyed a distinguished military background. He served with the Duke of Wellington’s army in Flanders and in France from 1814-1817. From 1824 to 1829, he served in the West Indies, where he showed a talent for administration.

Becoming private secretary to Lord Auckland, who was then First Lord of the Admiralty, in 1835 he was appointed a commissioner, alongside the Earl of Gosford and Sir Charles E. Grey, to inquire into grievances in Canada. Their report was drawn up by Gipps and was adopted by the House of Commons. Knighted and promoted to the rank of major, he was rewarded by appointment as 9th Governor of New South Wales on 5 October 1837, arriving in Sydney on 23 February 1838 to a colony that was rapidly expanding.

The institution of the Churches Act in 1836 under Gipps’ predecessor Governor Bourke – which provisioned for religious schools – had increased deep and turbulent sectarian divisions. Land - and the provision of free convict labour to landowners - had also become contentious issues. The ending of transportation during Gipps’ term caused ‘considerable tension in the colony’.[2] Gipps also faced ongoing calls for self-government by settlers in far-removed Port Phillip.[3]

‘By 1840 the political divisions of New South Wales were tending to follow the more usual groupings of rich and poor, rather than the earlier distinction between free and convict. By this time, there were signs of working class-organisation, with political agitation, and occasional strikes. These movements were reflected in the Act of 1842 which gave to New South Wales a limited form of representative government.’[4]

Gipps’ administration coincided with struggles between an aspiring convict and free settler class, a growing squattocracy and Indigenous claims, as vast new areas of land were being explored and claimed further inland. Competing interests would test the judgements of the young Supreme Court.

Conflict, often violent, characterised the interactions between the colonists and settlers and First Nations people in regions increasingly far removed from the colonial authority. This came to a head on 10 June 1838, when a group of white stockmen massacred 28 unarmed Wirrayaraay people - men, women and children of a clan of the Gamilaraay nation - who were camped on a property at Myall Creek, near Bingara, in northern NSW.

News reached Governor Gipps through eyewitnesses. In launching an inquiry, Attorney-General John Plunkett confirmed to Gipps that Aboriginal people and white people were equally entitled to receive justice under the laws of England.

Eleven of the 12 perpetrators (one had escaped) were transferred to the Sydney Gaol for trial. On 15 November 1838, the first trial was held in the NSW Supreme Court before Chief Justice Sir James Dowling and a jury of 12 settlers, where the perpetrators were acquitted. Attorney-General Plunkett declared dissatisfaction with the verdict and ordered a second trial.[5] Following the second trial of seven men, held among heightened public emotion, the seven were found guilty and sentenced to public execution by hanging.[6] The Colonial Office upheld Governor Gipps’ decision to follow through on the execution. The “Myall Creek Massacre” became the first legal case in Australia where Aboriginal people, as a group, received the benefit of English law for crimes against them and where the white perpetrators received the full punitive power of its judgement.[7]

Following Gipps’ departure from the colony in poor health on 11 July 1846, news reports in the Sydney Morning Herald and The Empire called Gipps “the worst Governor the colony had ever had”.[8]

The contemporary verdict argues otherwise: “On Australia’s roll of governors, his name must rank high”;[9]a view supported by J Frederick Watson: “A careful study of his despatches proves that he was a capable administrator, a brilliant statesman with a great breadth of vision, a strong Governor fearless of public opinion and a man with an uncanny foresight.” [10] 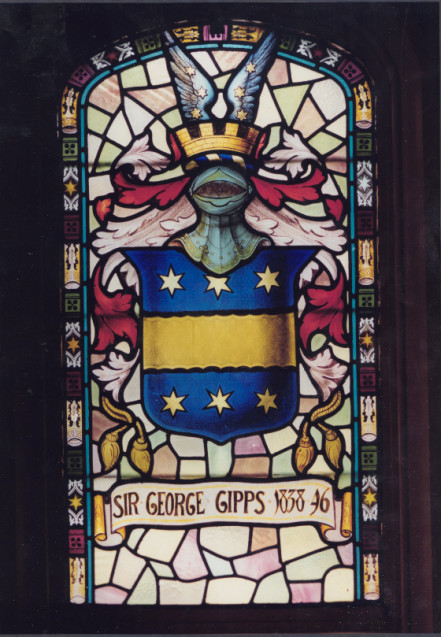 [3] At this time, New South Wales included the land of Victoria, Queensland, Norfolk Island and New Zealand (until 1841)

[6] Four were to be trialled separately. The key eyewitness, Yintayintin, disappeared under mysterious circumstances and the four surviving perpetrators walked free in February 1839.

[7] Prior to this, the first white man tried, convicted and hanged for the murder of an Aboriginal person under British Law was Convict John Kirby, executed on 18 December 1820 for the wilful murder of Burragong, alias King Jack, at Newcastle, on the 27th of October 1820.