The Eastern Terrace of Government House Sydney has recently undergone a major facelift - its first in nine years.

The challenge of re-designing the Eastern Terrace was one which leading landscape architect Jane Irwin could not resist when submitting her concept design at the end of 2018.

With the project completed, what can visitors to the House expect?

‘Within the heritage formality of the garden and its Italianate axis, it shifts into a more contemporary expression, wilder than what was there before’ Ms Irwin said. ‘People are wanting to see a more Australian garden. This makes perfect sense in our increasingly dry climate and soil type while also allowing for a burst of something different every season.’

Endless views and wafting sea breezes, circulating around foliage and floral arrangements and attracting a biodiverse diaspora of native birds, bees and insects, will frame the easy outward flow of people from the House and Arcade. New stone pavers have been laid, lawns replaced (2000 square metres of turf), fountain re-lined and beds replanted with 2931 new plants - native wildflowers and exotics. 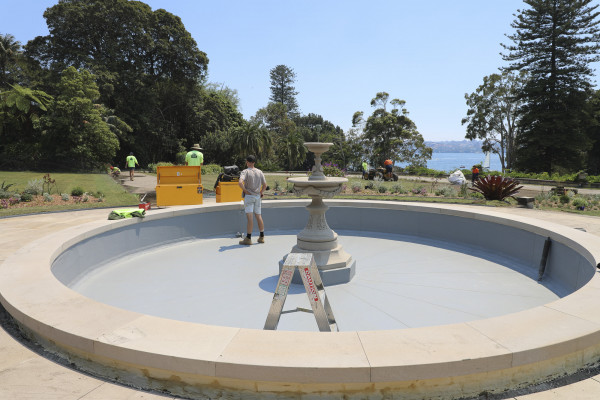 The emphasis is firmly on the 80% Sydney and East coast wildflower mix, sourced from Sydney Wildflower Nursery and Alpine Nurseries. 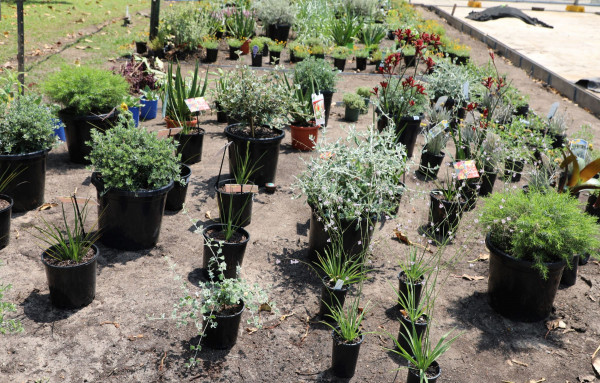 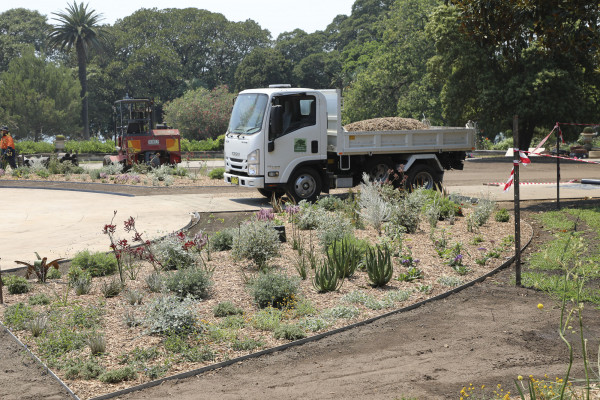 Opening up the garden’s line of vision to the full vista of harbour and sea and connecting it with the House were significant elements in the re-design. Some of the low plants in the garden, which had been designed by Myles Baldwin, were retained but many of the larger plants, such as salvias, had grown too tall, restricting views across the lawns and interrupting the grand spatial sweep from terrace to harbour. 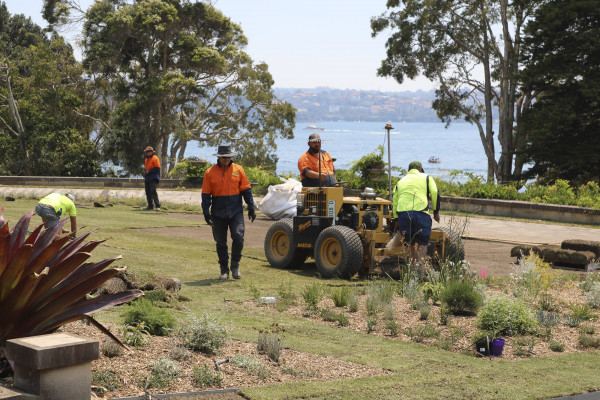 The re-design features a central rondel ‘cloud bed’ with topiaried shrubs (casuarina, white correa, dwarf honey myrtle, bush germander, coastal rosemary), and planting in colours of grey, green and silver; a blue bed of herbaceous perennials connecting the eye to the harbour waters and a bed of predominantly yellow closer to the House.

Seasonal plantings will be reflected, with something new and different appearing every season - for example, a burst of yellow and blue florals and white flannel flowers in Spring, red Christmas bells at Christmas and white coronodiums at Easter. The design also allows for accent and special occasion plantings. The roses have been re-planted into a consolidated rose garden.

The re-opening of the Eastern Terrace garden is a day Government House and the landscape architect have been waiting for:

‘This has been a fascinating project, requiring a deep level of research and engagement with the Conservation Management Plan as well as the views of the current Governor. I very much hope that this Government House garden will become a real point of discussion about gardens - both now and in the future.' 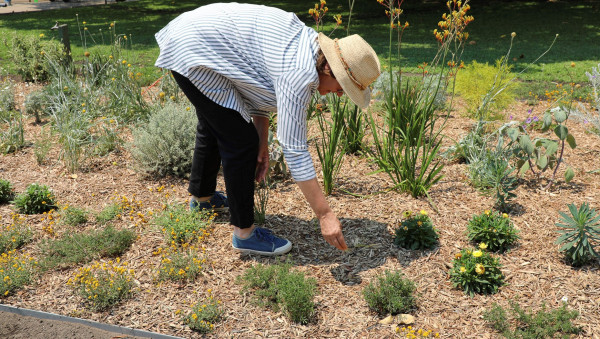