The Satsuma Vases: A Window to the World - Collections at Government House 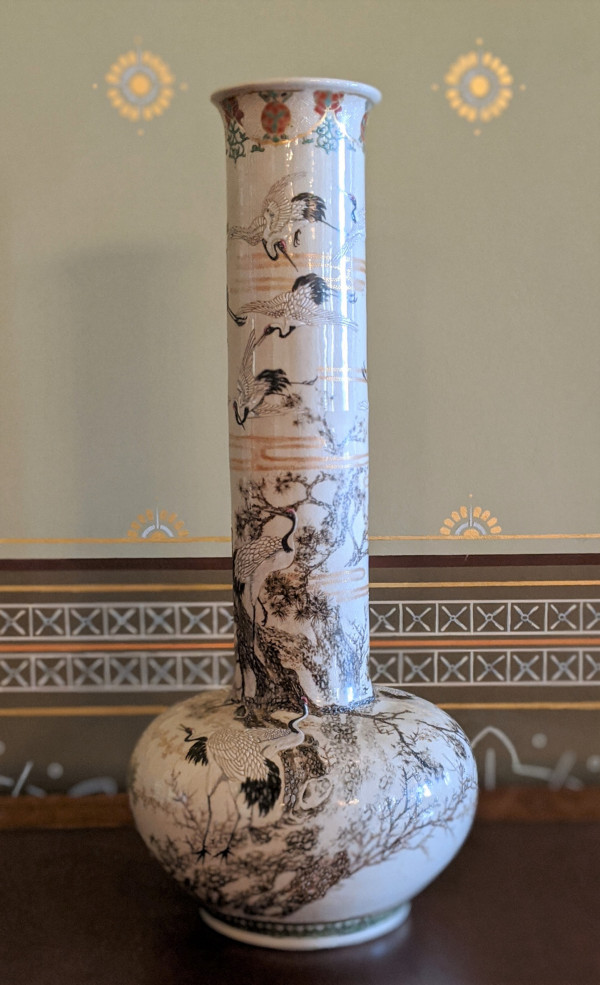 The fascinating history of Satsuma pottery extends well beyond its naming after a province in the far south corner of Kyushu, Japan; indeed, its name belies its origins.

The original master potters of Satsuma pottery were Korean war prisoners, captured by the invading forces of Toyotomi Hideyosi, the ruler of Japan, during his invasion of the Korean peninsula in 1597.  The first action undertaken by the invading army, in what became known as the ‘pottery wars’,[1] was to seize local potters in the region, so prized and valued was their artisanship. Forcibly relocated to Japan, the Korean potters were made to create their works in kilns and conditions far removed from those of their home villages.  At that time, sale of the best Satsuma pottery was limited to the Japanese aristocracy.

In 1852, the United States, under President Millard Fillmore, in seeking to establish trade relations and exert influence on Japan, ordered Naval Commodore Matthew Perry to command his fleet to the city of Edo (present-day Tokyo). The overwhelming military presence of US ships in the bay - and the stand-off that ensued - pressured Japan to open trade to the western world, ending several centuries of the policy of Sakoku, or “closed country”.

Japan would go on to exhibit many valuable works at World’s Trade Fairs and Exhibitions, and Satsuma Pottery became a favoured export to the West. 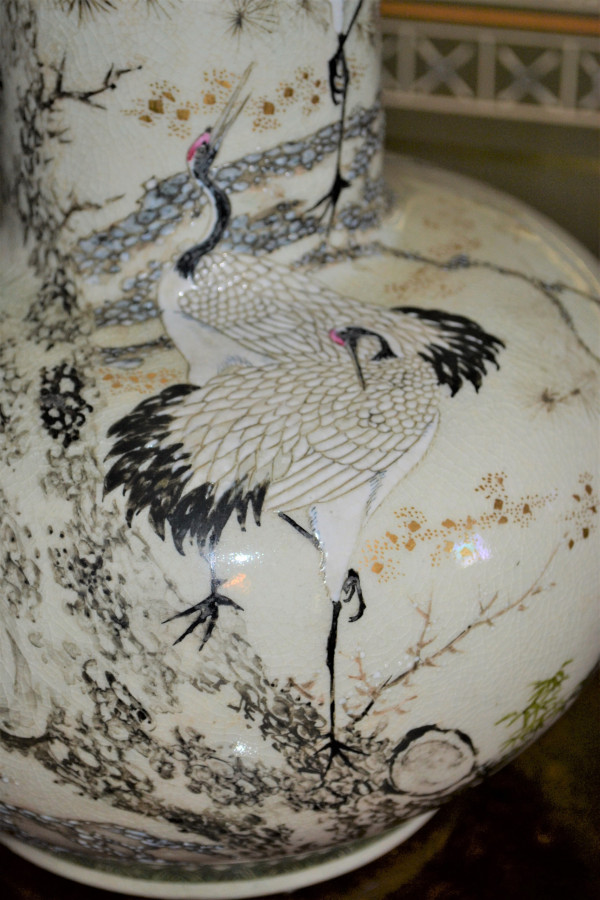 The Satsuma Vases at Government House Sydney were purchased by Sir Henry Parkes, five time Premier and ‘father of Federation’ at the Sydney International Exhibition of 1879 held in the newly built ‘Garden Palace’. They were placed in his office in the Colonial Secretary’s Building, Sydney.

The designs on the Satsuma vases in the Drawing Room feature images of cranes, cherry blossom and dandelion. Techniques employed in their production include moriage (a slip decoration of raised enamels), beading and hand painting. 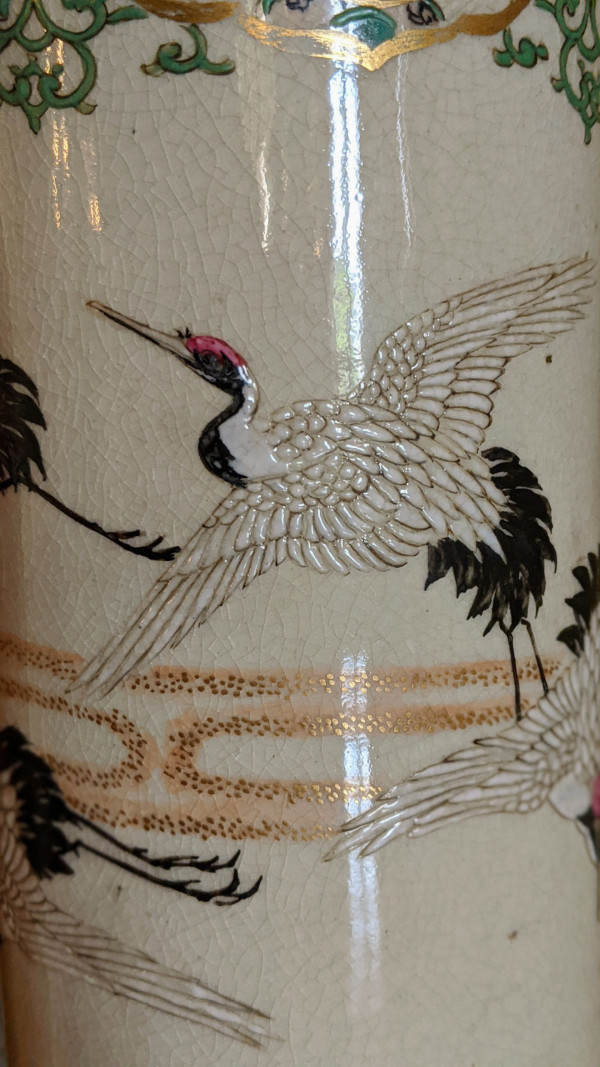 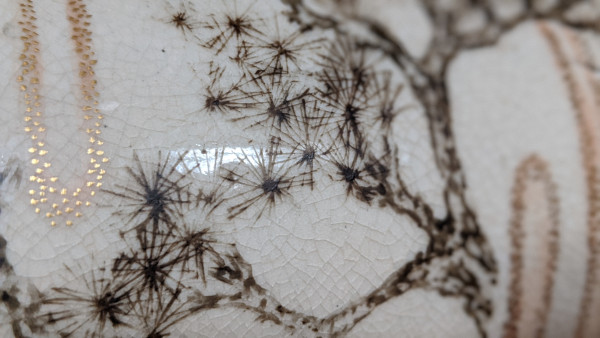