King George VI Coronation: A Window to the World - Collections at Government House 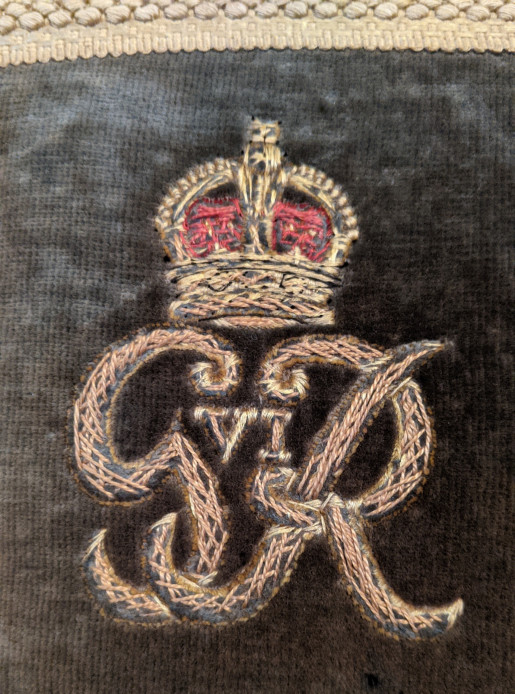 Making their majestic return to the Government House Ballroom are two significant Government House collection items which were in Westminster Abbey for the coronation of King George VI on 12 May 1937: a guest’s coronation chair and a section of carpet. 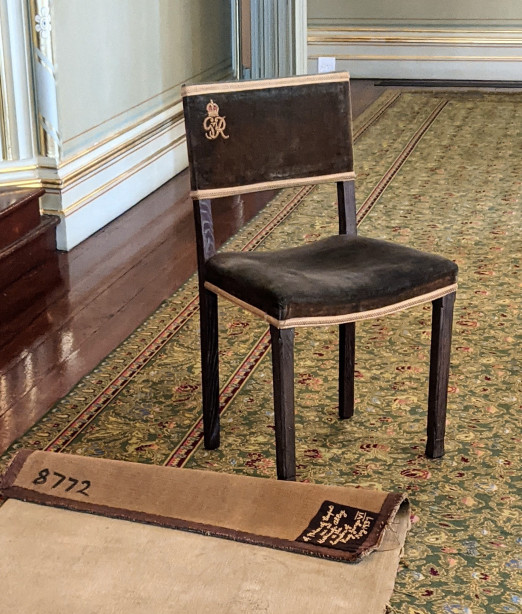 It is believed that these items may have arrived at Government House in 1938, under the term of Lord Wakehurst, 29th Governor of New South Wales. Given the global significance of the coronation, it is of little surprise that the Wakehurst’s chose to purchase and display objects from it.

The carpet and chair were unveiled at the same time in early April 1938. They took pride of place on the dais in the Ballroom (now an alcove where the Stuart and Sons piano sits), contrasting with the “coronation” blue carpet Lady Wakehurst had installed in the room as part of recent renovations. Both objects caught the attention of the public and were featured in several news articles.

The chair was likely used by Margot Asquith, countess of Oxford, half-sister of Lady Wakehurst and wife of the Prime Minister of the United Kingdom, Herbert Henry Asquith 1908-1916, at the coronation. The chair was sent to Lady Wakehurst by her sister Baroness Elliot as a gift and was first displayed in April 1938. Made from limed oak and upholstered in velvet and gold trim, it was manufactured by B. North & Sons of West Wycombe, England, an area known for furniture production. This style of chair was used by important guests, with others sitting on stools. 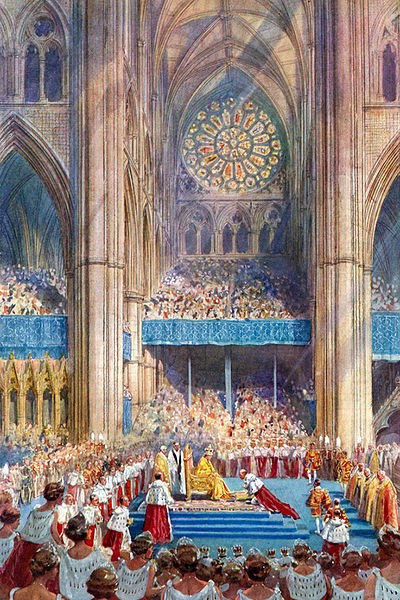 Held at Westminster Abbey on 12 May, the Coronation of King George VI was a momentous occasion. The procession to and from the Abbey, grouped into three sections, was the longest of its kind at that date, stretching to almost 10 kilometres. Over 32,000 soldiers and 20,000 police officers lined the route, holding back the crowds. The 8,000 guests inside the Abbey included the extended Royal Family, all peers and members of parliament, foreign representatives and heads of State, as well as other representatives. The Abbey was decorated in rich tones of blue and gold, with gold carpet in the chapel where the coronation took place. It was also the first coronation to be broadcast on radio and film. Over 10,000 people watched the service, with many more experiencing it as a film that was shown in cinemas across the world.

Sitting on a coronation guest’s chair among the peeresses in the north transept of Westminster Abbey, Margot Asquith, commented on the coronation:

“…Queen Mary arrived, a truly regal figure. She stopped and, taking each of the little Princesses by a hand, walked up the steps of the Royal box overlooking the Altar and so passed from our sight. Our long wait was not enlivened by the meanderings on the organ. I wish they had played something fine from Bach or Handel. The King’s marvellous gravity, his dignity and the simplicity of his movements touched everyone … The Queen made a lovely figure so quiet and so self-possessed. I must say that some of my sisters put their coronets on their heads very crookedly.”[1] 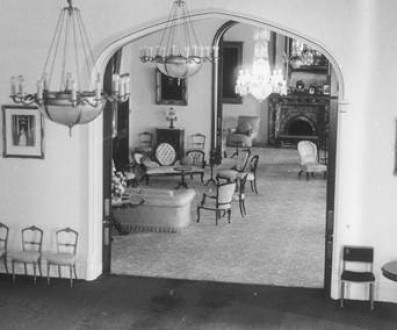 The carpet fragment was produced by Templeton & Co. of Glasgow, who also provided carpet for the coronations of King George V and Queen Elizabeth II. It appears to have been on the dais of the Abbey.

The means of its arrival at Government House are a little more mysterious; it may have arrived in the house with the chair or come from a 1938 exhibition of coronation items held at the Art Gallery of New South Wales.

These two pieces are considered highly significant and were displayed in the Ballroom from 1938. They remained there until at least the 1970s, but possibly until the end of Cutler’s term as Governor. They were also loaned for exhibition in 1949 and 1955 by Governor Northcott, being displayed alongside other highly valuable antiques. 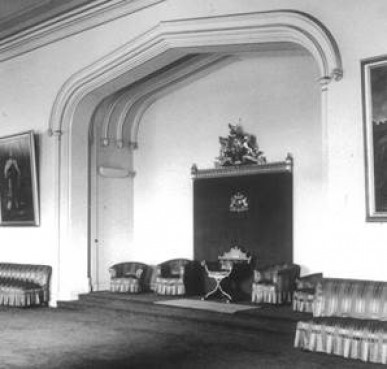 This constant display has caused some changes to their condition, with the gold of the carpet faded and the velvet of the chair transforming from a deep blue to green; the original colour can still be seen where the guest’s name plate would have been adhered. These changes come from decades of being well-used and well-loved and is a testimony to their remarkable place in history both inside and outside of Government House. 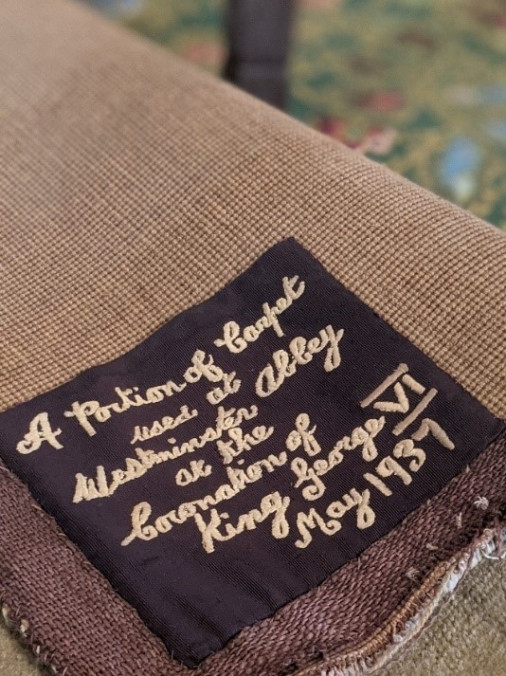 Prior to his coronation, King George VI was a guest of Government House Sydney in 1927. 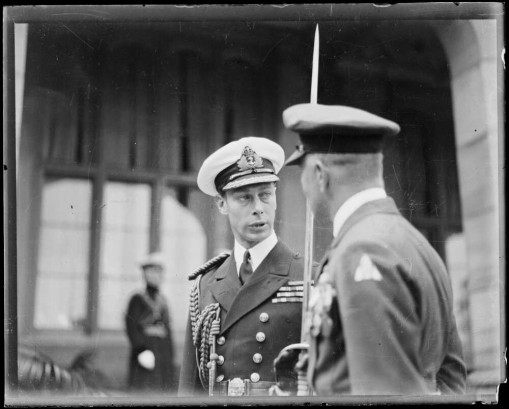