Thank you, Yvonne, for your warm Welcome.  I too pay my respects to the Gadigal of the Eora Nation, and to Elders, past, present and emerging of all the Aboriginal Nations of New South Wales. As Patron of the Australia Day Council of NSW, thank you for this invitation to address you today.

For some reason, I have always loved the brittle, elongated shape of the leaves of the eucalypt and the bark which most differentiates one type from the other, from the shedding skin of the red gum to the motley grey and green of the spotted gum to the white grey of the ghost gums.  These images brought back to mind the words of Judith Wright’s poem, Falls Country (1973):

‘Trees were their thoughts:

that spoke in the language of leaves.

As we know, those leaves can be as dangerous as they are unique, urged through the air like a newly struck match, turning trees into cinders. As we also know, in too many places, the leaves have gone and the bark is black, the subtle variations that distinguish our resilient eucalypts now indistinguishable.

It is, perhaps, therefore inevitable that this Australia Day luncheon takes on an unusually sad note.  In this wonderful country of ours, we have been host to nearly two decades of drought, interrupted by two or so green years.   A drought where, as one grazier said: “it is as though the sheep are too depressed to stand up”.

The bushfires that have ravaged our nation this summer have brought home the harshness of this drought. We are currently living in a bushfire season where the devastation is monumental and the continuing anxiety of people, not knowing which way the fire will run next, is palpable. But today, it is as though someone has done a rain dance. Hopefully the rain gods are angry enough to keep it coming – although the rain will bring its own set of problems.

So there hasn’t been a great deal to celebrate this New Year – except for this:   Community.   What I have found travelling around the State is that, in a big city like Sydney, community operates differently from the country.  To a large extent, that is the function of size and geography, and to some extent, finances. The country communities look out for and after each other. The big city community in turn, as we have seen, has responded to the needs of the country communities.   It has been the coalescence of these two that has struck the deepest chord.  It is as though everyone has been hardwired to step up and to play their respective parts.

-   the extraordinary work of the Rural Fire Service and other emergency services;

-   from the Commissioners, whose work has been extraordinary;

-   to the employed staff and the volunteers doing 12-hour shifts, 11 days out of every 14, in the fiery conditions we see daily on the news. They talk about the fire as a living thing and they are so tired;

-   to the auxiliaries who have food ready at the beginning and end of those arduous 12 hour shifts.

One vignette from our interaction with Commissioner Shane Fitzsimmons, in seeking his advice as to the places to visit:

He recommended that we visit areas where the fire was under control (although the danger had not passed) but who still needed and deserved support and acknowledgement. That ongoing concern for the firefighters and communities is real leadership.

-   the extraordinary work of the frontline charitable organisations;

-   the generosity of donors, big and small, giving money and in kind support; and of

-   employers, big and small, who have freed employees to work as volunteers at a time that has been so heavily dependent on volunteers.

Then there are myriad stories of ad hoc generosity:

… the Bega supermarket trolley attendant who not only opened his small flat above the shops to a band of stranded musicians and family members, but then also cooked them a traditional Sudanese feast to welcome in the New Year;

The wildlife rescue volunteers are out there saving our precious wildlife. But the danger is not only with the loss of our wildlife. To give context to the expected ecological impact of these fires, Dr Chris Reid from the Australian Museum estimates the number of insects lost at more than 240 billion.[2]

As we know, this disaster will not simply end if - and when - the rain comes (or at least keeps coming).  How we deal with and support the recovery is going to be critical at every level. 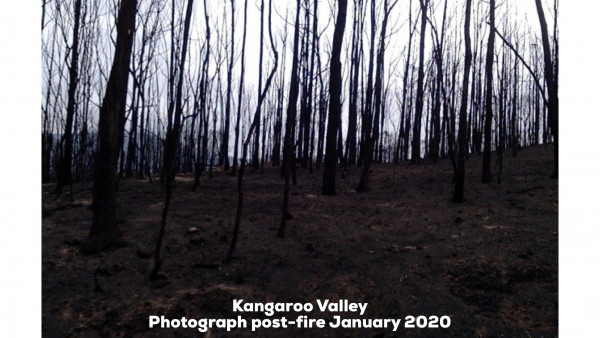 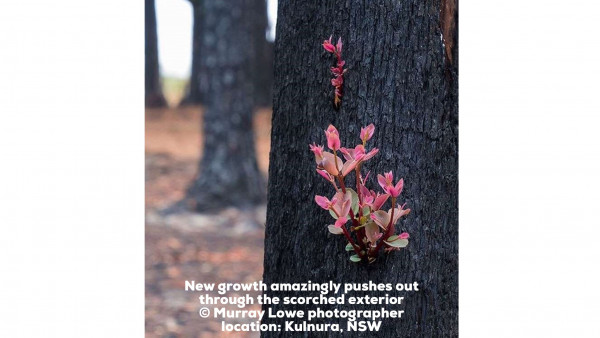 As we move on from our blackened landscape into the recovery phase, the message for this Australia Day is the message of community.

We have all responded … and being the strong and supportive community that we are, we will need to keep responding.