From Garden to Plate

A story from summer. 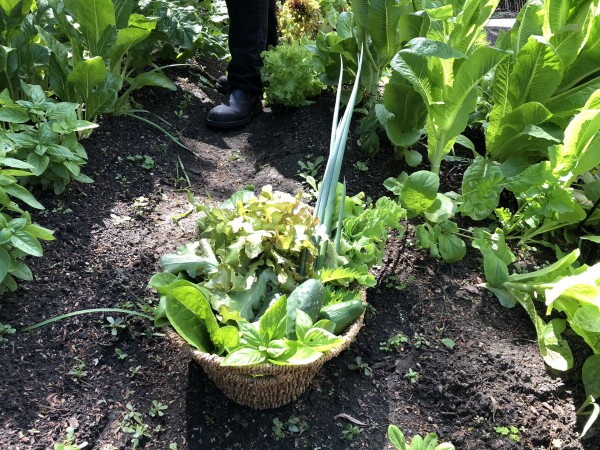 The first formal garden beds for the new colony were planted at Farm Cove in 1788 using seeds and plants brought by the First Fleet. Within a few months of the First Fleet’s arrival, eucalypts, angophora, banksia and acacia that had provided the Gadigal of the Eora Nation with food, materials for tools and medicine were felled and cleared to plant nine acres of corn.

Laid out in the in the European tradition, this first Government farm and Government House garden became a feature of Farm Cove, later serving as Governor Macquarie’s vegetable garden. Elizabeth Macquarie, in particular, had a keen botanical eye and deep interest in horticulture.

Over time, like so many other colonial estates, Government House was supported through its kitchen gardens, orchards and grazing stock. By 1870, the five acre nursery and kitchen garden, developed under successive Governors, had become part of the Sydney Botanic Garden.

Today, the Government House kitchen garden is an important part of the maintenance and daily life of the estate.

One of the most recent valuable additions has been the construction of a sturdy possum-proof timber and wire-mesh structure built by Darrell and Jason, employees from Cana Farm, a not-for-profit horticultural, carpentry and employment social enterprise based at Orchard Hills. Another employee, Chris, planned and planted the vegetable garden, in consultation with the Government House Chef, and maintains it once a fortnight, last week planting carrots. 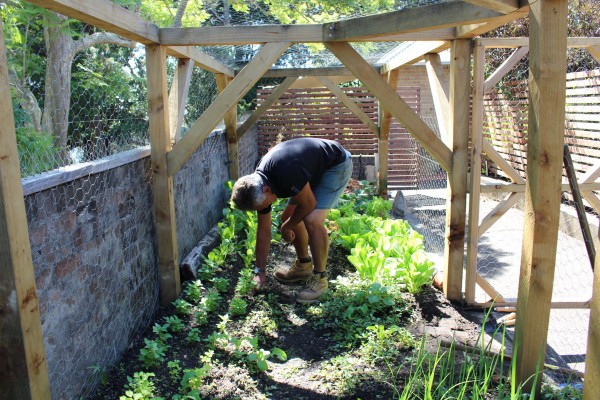 This partnership, in itself, is an example of the Governor’s connection to the community as Cana Farm is an organisation of which the Governor is Patron.

In keeping with His Excellency General The Honourable David Hurley’s commitment to using fresh, local ingredients and produce sourced from New South Wales at Government House functions, it was important for the Government House garden to become, as far as possible, self-sustainable. 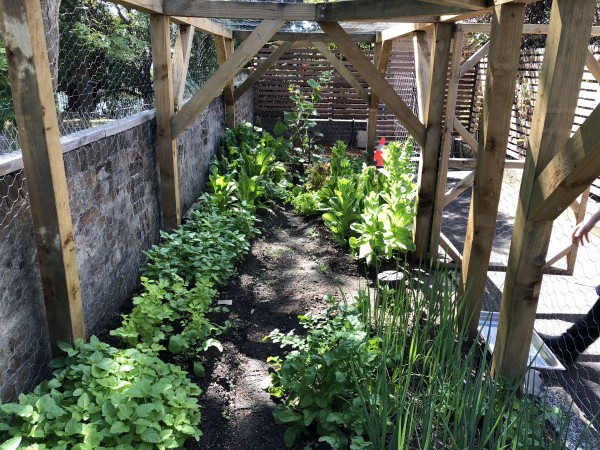 Chef explains: ‘I use almost every part of the gardens in my cooking and plating up - from the fresh, local herbs and greens in the vegetable garden to the Governor’s honey harvested at the House from the bee hives.’

‘Bark from the Melaleuca Quiquenervia (paperbark trees) has been using as the base for smoking fish as the traditional custodians, the Gadigal, would have done. I plate up with some of the beautiful palm leaves and petals from flowers of the garden and I have even dried and iced petals of the giant Magnolia grandifloraon the Eastern Terrace which was planted in the 1850s.’

‘These additions not only look stunning on the plate but provide a wonderful local connection to the past through food.’