The Governor and Mr Dennis Wilson took part in an Indigenous Welcome Ceremony on their arrival. Following the Swearing-In, Her Excellency received a Royal Salute on the Government House Parade Ground, accompanied by a Royal Australian Air Force Flypast, and inspected Australia's Federation Guard, the Australian Army Band, and the NSW Mounted Police Unit. 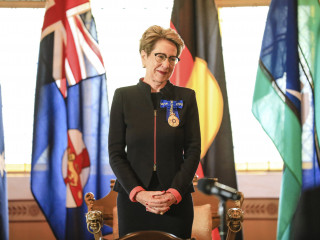 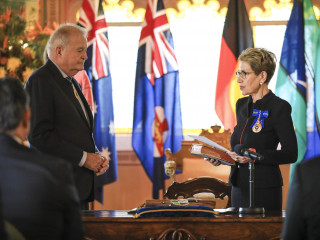 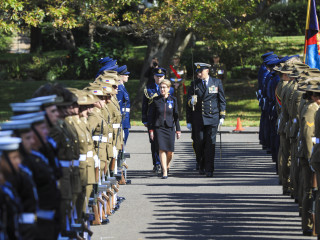 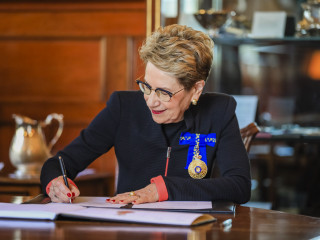 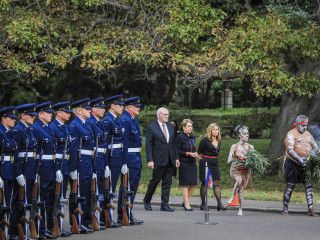 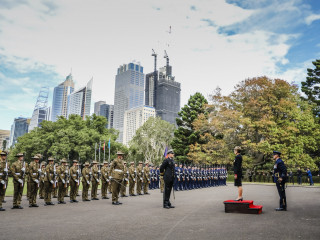 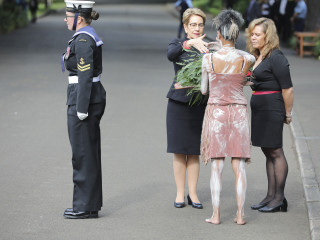 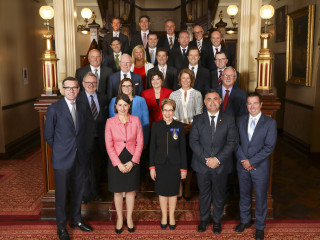 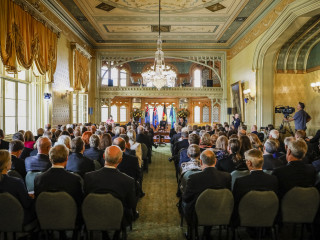 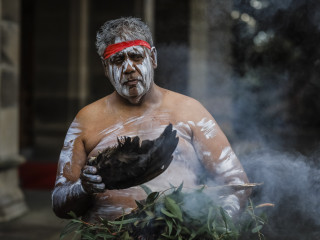