On the first day of the 2022 school term, the Governor, accompanied by Mr Wilson, presided at a ceremony marking the appointment of NSW Police Commissioner Karen Webb APM, at Boorowa Central School.
Commissioner Webb attended this small school from Kindergarten through to her final year of high school. The Governor congratulated the Commissioner on being the first woman to hold the position in the history of the NSW Police Force, and together with Mr Wilson enjoyed getting to know the students of the Commissioner's former school in the Hilltops Region of the south west slopes. 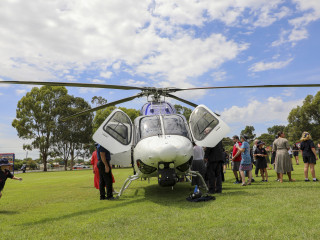 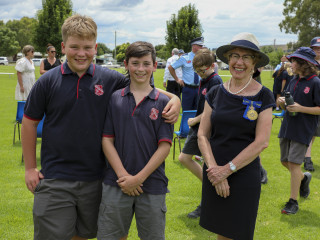 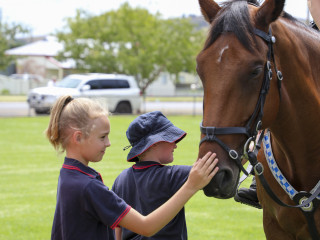